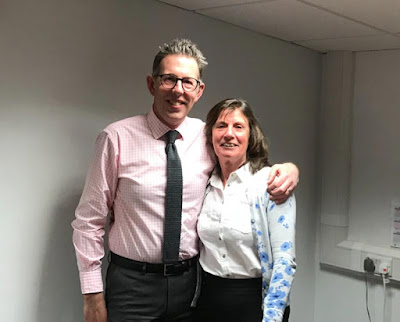 Recently we bid farewell to Pat Walling who has retired after 25 years in the motor trade. Pat was a key member of our accounts team & a fountain of knowledge.
Pat can now spend more time canoeing, walking, cycling, camping, abseiling & been an all round super gran. Good luck you will be very missed by all at DSM. Thank you.
Posted by Unknown at 05:04 3 comments: 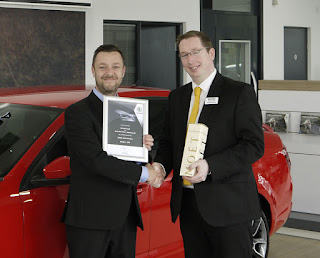 We’re proud to announce, Christian Lovel has achieved ŠKODA Sales Executive status after successfully demonstrating his competence in a number of key criteria at Skoda’s central training facility in Milton Keynes. The accreditation, which is run in partnership with ŠKODA, the Institute of Motor Industry and Volkswagen Group Learning Services, is part of the on-going continued professional development
Andrew Fowle, sales manager presented the award to Christian, along with a little something to help the celebration!
This accreditation is a highly recognised qualification within the moror industry and is testament to the skills and attitude demonstrated by Christian.
Andrew and the rest of the Derek Slack Motors team would like to thank Christian for his continued hard work and commitment.
Posted by Unknown at 01:47 1 comment: 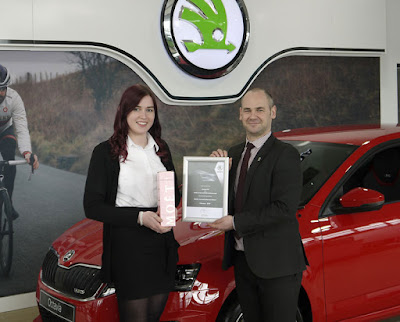 Jess Hall has acheived Accredited Škoda Service Advisor status. It’s fully deserved recognition of her hard work and entusiasm and  something that she is genuinely proud of.

Chris Harrison, service manager presented the award to Jess, along with some pink chamagne!

This accreditation is a highly recognised qualification within Škoda UK, and the skills and behaviour demonstrated by Jess validate her expertise and commitment to Škoda and Derek Slack Motors.
Without the loyalty and dedication of team members like Jess, Derek Slack Motors would not be able to provide the great experience our customers deserve.
Chris and the rest of the Derek Slack Motors team would like to thank Jess for her continued hard work and enthusiasm. 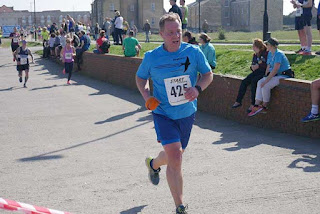 Derek Slack Motors' Parts Manager Peter Roxby recently completed the London Marathon. In doing so, he added to the total of over £2500 he has raised for different charities that include Hope for Holly, Butterwick Hospital and Guide dogs.

We are massively proud of Peter's achievement and wish him every success in his future fundraising efforts.

The link for Peter's just giving page for Zoes Place is : www.justgiving.com/fundraising/peter-roxby4
Posted by Unknown at 07:22 No comments:

On Wednesday 10th January Derek Slack Motors played host to The Škoda SUV event and the Launch of Škoda’s newest model, the KAROQ. It was also a chance to pay tribute to one of Škoda’s most successful models,  the Yeti of which over 600,000 have been produced since its launch in 2009. Kim Bradley, Community Fundraiser of Teesside Hospice, unveiled the two Karoqs which are now available for test drive. Kim was also there to receive a cheque for funds raised last year by Derek Slack Motors staff and donations from Derek Slack Motors customers. Invitees of the VIP event were entered into a prize draw for a range of Skoda goodies including a state of the art dash-cam, which was won by Anne Smith of Longnewton. Other prize winners were Mr Ingram of Guisborough and Mr Robert Trewhitt of Stockton. Equipped for all of life's adventures, the All-New Škoda Karoq sits alongside its larger stable mate  the Škoda Kodiaq in the Škoda SUV family. This flexible and spacious SUV is a fitting replacement for the much loved Yeti. Available to order now from £20,875 OTR. Contact us now to arrange a test drive and be one of the first to experience this exciting new model. Are you a ŠKODA Motorsport fan? Well, ŠKODA have some super cool rally merchandise for you!

Pop over to the ŠKODA Facebook page, answer the following question. What are the highest and lowest altitudes the ŠKODA FABIA R5 drove at during the 2017 WRC season?
Posted by Unknown at 08:33 No comments: 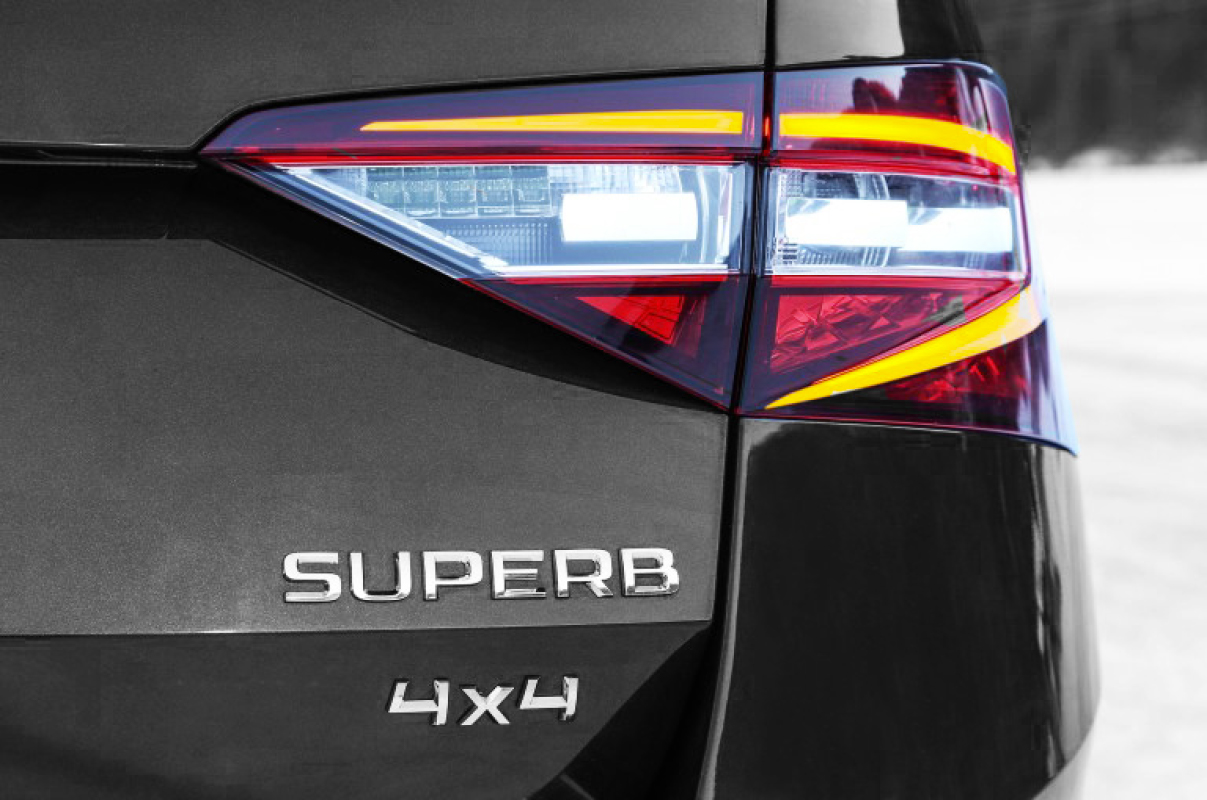 The first all-wheel-drive vehicle in its modern history was OCTAVIA COMBI in 1999. Since that time, the offer of four-wheel-drive cars has expanded. Moreover, OCTAVIA COMBI 4×4 and SUPERB COMBI 4×4 help ŠKODA maintain its leadership in the 4×4 estate segment in six European markets (Switzerland, Norway, Austria, Poland, Spain and Finland).
Visit Derek Slack Motors to see some 'gripping' 4x4 deals

But the brand’s 4×4 history is much older…

The first multi-axle-drive experiments were conducted in the late 1930s. ŠKODA produced several prototypes of three-axle buses with both rear axles driven, but these projects never reached the production stage.

Next came the Type 903, an army vehicle. The Czech Army Headquarters had invited tenders for a vehicle to be used by high-ranking officers in field operations, and ŠKODA had participated in that public tender with the 903, a vehicle prototyped in 1936 (with three prototypes produced in total). Inspired by the ŠKODA 650, a passenger car, the prototype design featured a 45 kW three-litre, six-cylinder engine and three axles (six-wheels), with the two rear axles driven. No contract was ever agreed, however.


Vehicle assembly operations in the Mladá Boleslav plant were limited during the Nazi occupation, but the ŠKODA 903 was one of the few vehicles included into the production portfolio. The plant manufactured an additional 42 vehicles of this type during 1939–1942. The ŠKODA 903 had a top speed of 100 km/h, managed a maximum uphill gradient of 45 %, and had average petrol consumption of 25 l/100 km. The product was available in two versions: one with an open, six-seat passenger compartment with four doors and a convertible roof, the other with a completely open top and longitudinal benches designed to accommodate a total of eight passengers. Probably only three vehicles of this type have been preserved.

In addition, the brand produced a few other 4×4 models during World War II. The three-litre SUPERB OHV was used as the basis for the SUPERB 3000 – Kraftfahrzeug 15 (an army vehicle). That vehicle had rear wheel drive, but the brand also tested a 4×4 version (named the 956).

The company returned to the concept of manufacturing army vehicles several times after World War II. For example, the Mladá Boleslav plant produced nearly 6,500 Tatra 805 vehicles during 1952–1955, but production of this freight vehicle was then moved to the V. I. Lenin Plant in Pilsen.

Built on a shortened chassis and featuring many of the Tatra 805 (1954) components, the 971 was an armoured vehicle (also known as Jarmila, the brand produced three vehicles of this type) and the 972 was amphibious (with five vehicles produced during 1951–1952). The latter was fitted with a screw propeller enabling it to move at speeds of up to 10 km/h in water, and its maximum speed on the road was 85 km/h. The equipment included a lightweight machine gun and two rifles between the seats plus an assault rifle on the driver’s left-hand side.

In 1952, the brand produced the Type 973 with de-activatable front wheel drive. Boasting excellent driving properties, the vehicle was able to cope with uphill gradients as steep as 58 %, overcome vertical obstacles as high as 0.25 m, and stride through water as deep as 60 cm. Warsaw Pact forces tested similar vehicles near Dresden, and the Czech-made 973 proved to be the best of these. Nevertheless, the brand produced only a test series of ca 30 vehicles of this type and then the project was terminated, because the Russian-made GAZ-69 was chosen as the preferred product.


“In many respects, the ŠKODA-made army vehicles were better than the vehicles routinely used by the Soviet Union and/or the Warsaw Pact. Profitability, the requirement to prioritize civil production of an “ordinary people’s car”, and capacities not meeting the demands of the allied armies – all these were aspects that, in the end, led to the decision to focus on off-road vehicles for farmers rather than armies,” says ŠKODA Archive Manager Lukáš Nachtmann.

In the early 1960s, the brand cooperated with ČZ Strakonice on developing the Type 998 (known as Agromobil) and, a few years later, the Type 990. Only a few prototypes were produced – their exact number is not known, but it was probably 13 – of which at least two have been preserved. One is owned by the ŠKODA Museum, the other by the Military Museum in Lešany (together with a Type 973, known as Babeta), both these vehicles appeared in the 1964 film If a Thousand Clarinets (Kdyby tisíc klarinetů).
As part of its ŠKODA 1203 modernization project, the brand had considered producing a 4×4 version for farmers (Type 779, 1970).