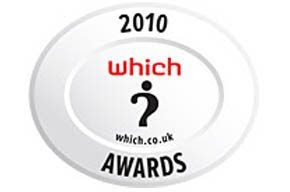 The awards really seem to be following us around these days! Not content with

being nominated as one of the top 50 dealers in the UK and in the top 5 in the region, now Skoda have received their own prestigious award from Which ?

as ‘Best Car Manufacturer’ title in the annual Which? Awards, presented at the British Museum on the 19 May. Škoda trumped the competition – including premium brands – thanks to their outstanding customer service and products.

Škoda UK Director, Robert Hazelwood, said: “We’re really pleased to win this award. It shows just how highly Which? rates our products and service.  We’re very proud of the excellent engineering and great value in every one of our cars, and pleased that Which? has recognised the outstanding personal service our retailers give their customers.”

The Which? car test team and Which? members were impressed with Škoda’s reliability, customer care and the quality of its retailers. Škoda achieved above-average marks for its retailers (79 per cent) and its service (81 per cent), and the brand had a reliability score of 79 per cent. Four Škoda models were judged to be ‘Best Buys’ or ‘Worth Considering’.

Which? Chief Executive, Peter Vicary-Smith, said: “Škoda is a car company ideally suited to the times, as people demand more but want to pay less. It offers a great range of reasonably-priced, well-built cars.”

Announcing the awards, he added: “The winner of this award is a car brand much praised by its customers, with high scores on dealer satisfaction for both sales and servicing. Owner satisfaction is also high, with most Which? members rating it as very good. The company also achieved a number of best buys for the various models we tested, making Škoda an obvious choice for Best Car Manufacturer 2010.”

Editor of Which? Car, Richard Headland added: “'People might know Škoda as a purveyor of value, but what they might not know is that this brand should be equally recognised for its quality of product, its reliability and its excellent retailer network.”

We at Derek Slack Motors fully endorse all of the above comments and look forward to see customers new and old over the May Bank Holiday Weekend.