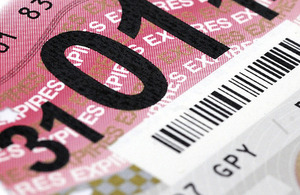 The good news for anyone who currently owns a low emissions SKODA is that the charges only apply to new cars from 2017. There will be no change to VED for existing cars so no one will have to pay more tax than they currently do if they keep the same car.

So what does this mean for the ordinary motorist? Well there is some slight consolation in that VED will now be put toward the use it was originally intended for - paying for roads. So once again we can legitimately refer to it as 'road tax'.