ŠKODA Victory at festival of speed in Finland 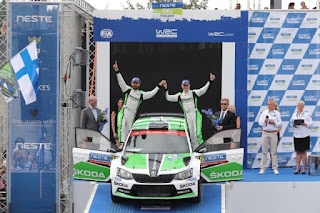 ŠKODA drivers dominated proceedings in the WRC 2 class at the festival of speed in the forests of central Finland, the fastest rally on the FIA World Rally Championship (WRC 2) calendar. The “flying Finns” Esapekka Lappi/Janne Ferm repeated last year’s victory in the FABIA R5. In second place: their ŠKODA brand team-mates Teemu Suninen/Mikko Markkula (FIN/FIN), who competed in a FABIA R5 from the ŠKODA customer sport programme. The second ŠKODA Motorsport duo of Pontus Tidemand/Jonas Andersson (S/S) retired from the rally during the final special stage after impressive efforts to catch up. 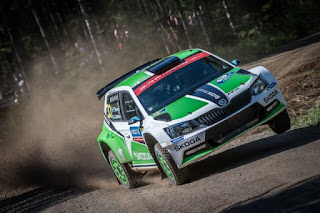 “At the Rally Finland, we saw a perfect performance from the entire ŠKODA team once again,” said ŠKODA Motorsport Director Michal Hrabánek. “I am particularly pleased for Esapekka Lappi and Janne Ferm, who were on a different level in their home rally and more than deserved their first win of the season. Of course I sympathise with Pontus and Jonas, who gave their all trying to chase second place and were punished harshly just before the end. However: two ŠKODA FABIA R5s in the first two places, a total of four ŠKODA teams in the Top 10, and ŠKODA drivers won 20 of 23 special stages. The FABIA R5 has really made its mark on the Rally Finland. 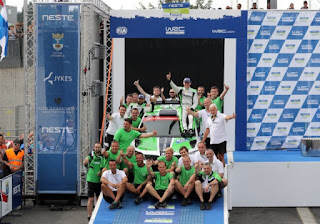