What does a pint of Pilsner lager have in common with contact lenses? Other than pleasantly altering your view of the world, both are Czech inventions, just as sugar cubes, snap fasteners, the plastic explosive Semtex, and others are. However small the Czech Republic might be in size and population, this is a country rich in ideas and innovation. ŠKODA is proud of sharing and continuing that tradition in the world of motoring. 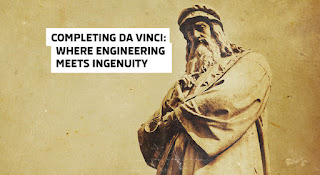 When Leonardo Da Vinci first thought of contact lenses as an aid for the weak-sighted, he couldn't foresee that it would take another 400 odd years and the ingenuity of a Czech chemist to turn his idea into reality. And yet, it was Otto Wichterle (1913-1998), who had the insight that created a path to the soft contact lens as we know today. His paper "Hydrophilic gels for biological use", published in 1959 in the journal Nature, delivered the breakthrough in the quest extending through half a millennium.

However, it was a US company which turned the idea into an economic success after buying the rights to produce the lenses in the mid-1960s.

Although Professor Wichterle's merits are undoubted, there has been some dispute on another invention attributed to a Czech scholar by his fellow countrymen: the lightning conductor. While internationally regarded as the brainchild of Benjamin Franklin, Czech science historians often cite the 18th century Catholic priest, theologian and natural scientist Prokop Diviš (1698-1765) as the original inventor.

The fact is both inventors built apparatuses conducting the electricity from lightning strikes to the ground around 1750.
Posted by Unknown at 02:45