Created to celebrate 100 years of Isuzu, the Isuzu D-Max Centurion is the most premium pick-up ever created. It’s so unique, only 100 models have been made. Keith Brown, ISUZU Pick-up Professional at Derek Slack Motors said, ‘This is a real piece of history in the making. The Centurion has all the capability you would expect from the Isuzu D-Max, but with a level of luxury, comfort and exclusive exterior styling never seen before. The Centurion also comes in a new colour ‘Fjord blue’ unavailable on any other model. The automatic Centurion arrives in our Middlesbrough showroom 7 July 2016. Limited to only1 vehicle per dealer, we’ve already received enquiries and fully expect a pre-order before the delivery date.’

Watch the full video below.

Found only on the islands in the Kodiak Archipelago off the south coast of Alaska and believed to have been isolated there since the last Ice Age over 10,000 years ago the Kodiak is the largest species of bear alive.

Still quizzing for a connection? SKODA have announced the name for their new 4x4 A=SUV as the Kodiaq… but not the same right? The Alutiiq, (native islanders), call the bear Taq uka 'aq. The letter ‘q’ at the end of the word is a characteristic of Alutiiq animal names, and the SKODA’s use of the letter ‘q’ creates a distinctive name for a distinctive new ŠKODA. 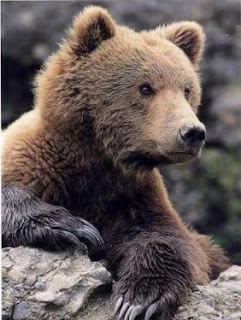 ŠKODA will ‘discover new ground’ with the launch of the Kodiaq. The first large SUV takes ŠKODA in a new direction in this popular area of the market. The Kodiaq will be launched in the UK early 2017. Those visiting Derek Slack Motors’ new SKODA showroom in Midlesbrough, will experience how at 4.7 metres long, ŠKODA’s new SUV can comfortably seats seven people and offers remarkable performance both on and off the beaten track.  The hidden power of the Kodiaq can also be seen in its design – distinctive, muscular lines representing a dynamic, robust and strong appearance.
Posted by Unknown at 07:49 No comments: