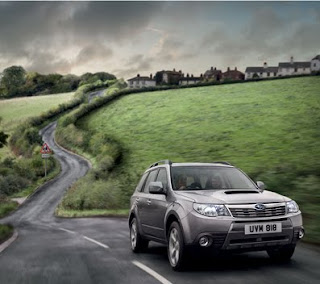 We are often lulled into a sense of false security by typical British weather. We expect it to be chilly and probably wet but snow... well, that’s something else altogether. While the rail services may be scuppered by the wrong leaves on the tracks, we are often slowed down by the wrong type of snow.

Of course, it is understandable. We are an island state. Our predominantly maritime climate means that we have to deal with very slippery slush, unlike the Scandinavians, who can compact and grade the snow to still drive on it.

Traction is better with AWD and all Subaru models feature an added bonus of permanent Symmetrical All-Wheel Drive for even greater assured grip. With the engine weight over the nose, front-drive cars have a slightly better chance of making headway in bad weather, while rear-drivers can all but forget hopes of gaining grip. There are no such issues with All-Wheel Drive.

When the weather turns for the worse, having All-Wheel Drive can help. There are no buttons to twiddle. You just start it and go. Traction on demand. Petrol or the more economical diesel. Subarus are made for snow but they do a pretty good job of making driving a lot safer and more economical during the rest of the year too.

The latest Forester and Outback have taken almost forty years to arrive at and they are the best by far over truly mixed surfaces. Boasting low centres of gravity and traction in abundance, a Subaru is the consummate all-weather transport vehicle for life in North Yorkshire, so it's just as well Derek Slack Motors are main dealers for Subaru, North Yorkshire.

Well there’s a cold snap in the air today, with Teesside motorists in particular enjoying more than their fair share of freezing fog and icy conditions. Last winter was one of the coldest on record. Icy roads can be annoying at best, dangerous at worst. At Derek Slack Motors, you can be sure your vehicle is fully prepared for whatever winter throws at us with a FREE winter Health Check. Our approved technicians can take care of your vehicle with a routine maintenance check. It usually takes only 30 minutes and can be carried out while you wait. Call now for an appointment. 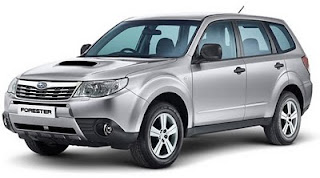 Just when I was getting used to the idea of autumn, suddenly winter arrived, with snow forecast on higher ground.

So I thought it might be a good idea to remind those who do more than their fare share of winter driving the benefits of AWD (all wheel drive) in particular the Subaru Forester.

Winter motoring can be difficult at the best of times, non more so than here in the North East, with many areas in North Yorkshire, the Durham Dales,Teesside and County Durham a challenge for any vehicle. We all remember too well the severity of our last long, hard winter which caused huge amounts of disruption.

Subaru has an uncommon answer in the shape of permanent Symmetrical All-Wheel Drive (AWD), providing you with both greater traction and increased safety. Also unlike other cars, Subaru’s AWD system provides perfect poise and balance with greater traction for more responsive handling, better cornering and more stability.

Combine the (AWD) handling with the punch of the Boxer Diesel engine and you have a vehicle superbly equipped to handle any winter challenge. Package all that uncommon engineering into the sturdy body of a new Subaru Forester and you have a vehicle that’s going to ‘tweak the nose of freezing temperatures’, ‘tickle the tummy of terrible roads’. Seriously, the Forester is so well equipped, for winter that once driven it’s hard to think how you ever managed.

When the Forester first arrived on the scene back in 1997 it’s all wheel drive capabilities and powerful engines earned it a bit of a cult following, and the new range of Foresters are far from sluggish with the 2.0 Boxer Diesel doing 0-60 in ten seconds. That’s more bhp (ps) than a Ford Kuga, Hyundai ix35 Style and a VW Tiguan, plus the range starts at a staggering £3,000 cheaper than the Toyota Rav4.

The Forester will also tow a braked trailer of up to 2,000kg. Another welcome bonus is the superb economy rate. The Forester excellent economy means it can cover 625 miles on a full tank, think of that when you consider a more expensive model like a Toyota Rav 4.

Plus for this month only, we’ve put together a special finance package allowing you to drive away a brand new Subaru Forester Estate 2.0D X 5-Door for only £329 per month at an incredibly low APR of only 7.4% 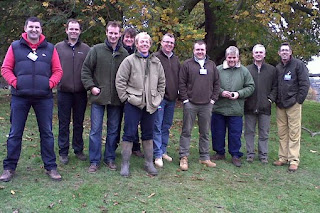 We recently enjoyed a great day out in the company of Isuzu at their Rodeoactive Ride and Drive Day on the 29th October. Jed Thirkle and YT along with 8 others guests were put through their paces which included, clay pigeon shooting, archery, falconry plus the opportunity to drive the fantastic Rodeo on the special off-road driving course. Under some expert tuition it was incredible to witness just how capable the Isuzu Rodeo is when challenging North Yorkshire mud... effortlessly overcoming every obstacle thrown in its path, including steep slippery slopes, equally steep decents, deep water, boulders and just about anything else.

The event held at Duncombe Park, Helmsley, York, North Yorkshire was one of the first of it’s kind with over 80 people in attendance. It was good to meet so many new Isuzu owners along with a few familiar faces too!

As main dealers for Isuzu in North Yorkshire, Middlesbrough and Teesside, we can now really say we’ve had hands on experience putting the Isuzu Rodeo through the most challenge of all off-road driving conditions! 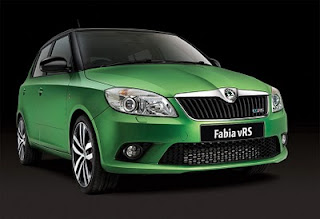 Ever since the arrival of the sizzling Skoda Fabia vRS, we’ve been waxing lyrical about this super charged-turbo charged hot hatch... and it seems we weren’t alone. The Times’ Giles Smith was equally taken with the new Fabia vRS describing in his Saturday column how the Fabia vRS enjoys burning people off at traffic lights and ‘flies away from a standing start like a pea off a flicked fork handle.’ Giles continued with more lavish praise focusing not only on the vehicles 1.4 petrol turbo power, but also on its hot-hatch aesthetics and we quote ‘“consumption and emission figures of which people in entirely well-mannered cars would barely have the gall to dream.” All recognition to which the new Skoda Fabia vRS truly deserves. If you fancy a closer look at the Skoda Fabia vRS in Middlesbrough, or your looking for a Skoda Fabia vRS in Darlington, or Stockton on Tees, then visit Derek Slack Motors, main dealers for Skoda in Teesside.